Adoptive parents understand this more than anyone.  I certainly don’t mean to offend ny biological parents – I’m one myself.  We biological parents know well the earnest longing to have a child.  But in many cases our cribs were filled easily.  We decided to have a child and a child came.  In fact, sometimes the child came with no decision.  I’ve heard of unplanned pregnancies, but I’ve never heard of an unplanned adoption.

That’s why adoptive parents understand God’s passion to adopt us.  They know what it means to feel an empty space inside.  They know what it means to hunt, to set out on a mission, and take responsibility for a child with a spotted past and a dubious future.  If anybody understands God’s ardor for His children, it’s someone who has rescued an orphan from despair, for that is what God has done for us.

God has adopted you.  God sought you, found you, signed the papers and took you home.

Long ago, before God made the world, God chose us to be His very own, through what Christ would do for us;  He decided then to make us holy in His eyes, without a single fault we who stand before Him covered in His love.  His unchanging plan has always been to adopt us into His own family by sending Jesus Christ to die for us.  And He did this because He wanted to.

But when the fullness of time came, God sent forth His Son, born of a woman, born under the Law, in order that He might redeem those who were under the Law, that we might receive the adoption as sons. 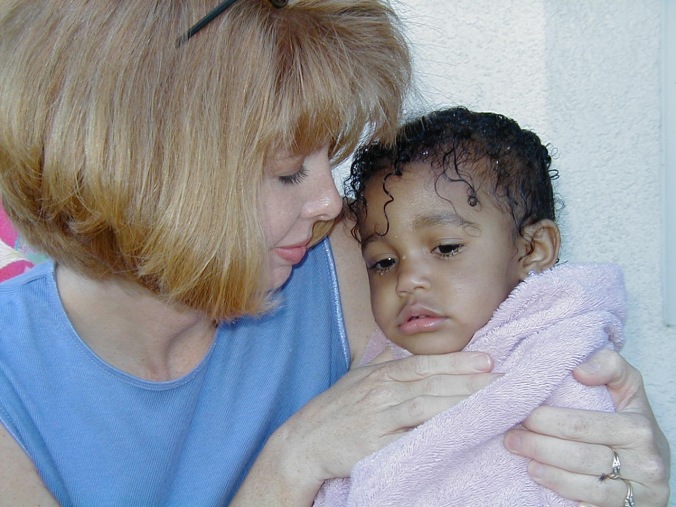 We Journey Girls
Help Me Believe

Strengthen the believer. Answer the critic.

The Prodigal’s Journey to being Gracefully Undone

For there is an unlimited amount of grace given in every process.

Art on the Hill
The Nerdy Lion

Lions can wear glasses too

Joy in Every Moment of Life

Because life is too overrated to ignore

Being Moody is harder than being moody. IG: gwnfan Twitter: BenMoodysince07

Fearless Marriage
I walk in the stars
TRAVEL EXPLORING

Bringing a message of Hope, Love, and Mercy to the world!

My Incredible Journey with God

Rebelling against a culture that values assimilation over individuality.

The Hope of Jeff H. Ulrich

Haiku out of Africa

The creative journey to becoming an author

Confessions of a Readaholic

Tales from the mouth of a wolf

A blog about my spiritual journey in the Lord Jesus Christ.

Bringing you love through spirit!